For that reason, we were absolutely thrilled when we heard that Josh and Abby were going to come visit us.  We coordinated the timing of their trip so that they would be visiting during a beautiful time of year and the start of Oktoberfest in Munich, Germany.  As soon as they booked their airfare, I reserved our train tickets to Munich, which I’ll write about in the upcoming post. END_OF_DOCUMENT_TOKEN_TO_BE_REPLACED

I don’t know anyone in their thirties that really goes around saying, “I’m Greek” because he or she was in a fraternity or sorority – but it was certainly fun to be a part of Greek Life during college.  Jennifer and I were both “Greeks” while we attended Virginia Tech together and we each established lifelong friendships that have opened world’s of opportunities.

One of Jen’s sorority sisters, Lauren recently came to visit – and they instantly fell into their old college routine.  We welcomed Lauren at the train station; she was arriving from Switzerland having visited another friend living abroad.  We went to downtown Como and had a nice dinner, before enjoying a few drinks in the piazza while a live band entertained us. END_OF_DOCUMENT_TOKEN_TO_BE_REPLACED 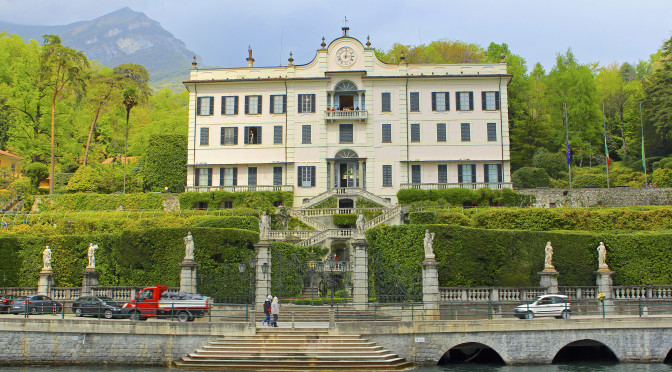 There is a wonderful town along Lake Como, called Tremezzo.  Most people have heard of Bellagio, which sits on the exact shore opposite Tremezzo, but the lesser known town is a true gem with far fewer tourists crowding the streets.  Tremezzo is home to a couple of our favorite restaurants and gelaterie (ice cream parlors).  It is also home to Villa Carlotta, a 17th century treasure that has been beautifully restored and maintained.

Jen and I have been wanting to visit Villa Carlotta since we moved to Como.  The beauty of the villa and the gardens are well known in this area and attract thousands of visitors each year.  We had planned on going in March when my aunt and uncle were visiting, but the villa is not open to the public until the 15th (just a few short days after they departed).  Since the gardens are the main attraction, the preservation society wants to ensure all the flowers are in full bloom.  Jen and I decided that since my mom is a big fan of gardens, we would visit while they were here (read about the first part of their trip HERE). END_OF_DOCUMENT_TOKEN_TO_BE_REPLACED 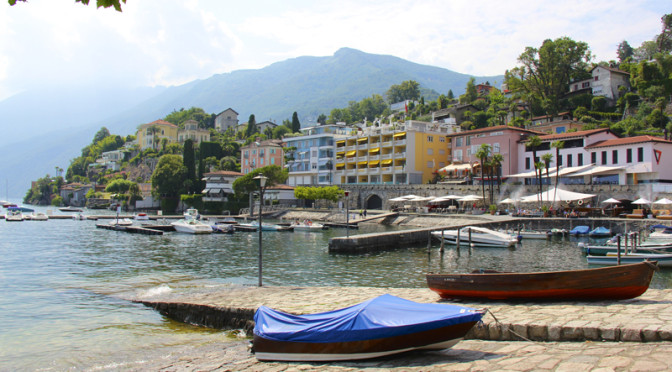 END_OF_DOCUMENT_TOKEN_TO_BE_REPLACED

I don’t know who was more excited… Jen to see her parents or Jen’s parents to see their granddaughter.  It was close, but judging by the suitcase of presents exclusively for Julia, I would give the edge to Jen’s mom, Diane.  Of course, this suitcase (along with the 42 other suitcases Jen’s mom, dad and sister brought) got lost somewhere over the Atlantic and didn’t arrive for another two days (the airline had to hire a Mack truck to deliver everything in one trip).

As you’ve no doubt surmised from above, Jen’s family came to visit recently.  They wanted to see the country they love, their second home that has been overtaken by three squatters, their kids and their granddaughter (not necessarily in that order).  And we were thrilled to see all of them.  Since the timing was right with their work schedules and nursing school (Jen’s sister, Jessica had just graduated), they were able to stay a full month.  We had plenty of down time relaxing and plenty of time on the go-go-go.  Since so much happened during this month, the story of their visit will most definitely be broken into a few posts.

END_OF_DOCUMENT_TOKEN_TO_BE_REPLACED 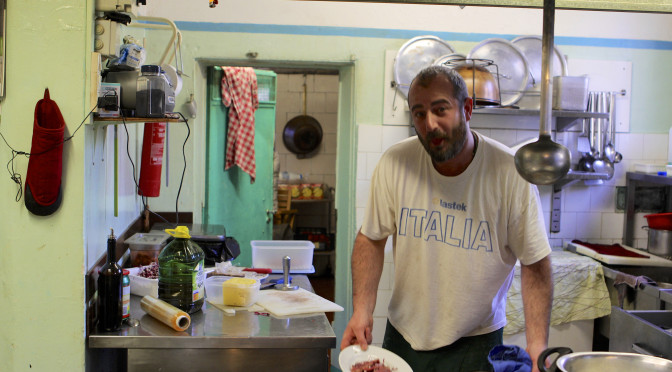 Thirty-five minutes later, we pulled up.  To a house.  This couldn’t be right.  We tried again.  Twenty minutes later we ended up in the woods.  Hmmm???  Twenty five minutes later we pulled up again.  To another house.  How many Via (Street) Montalbano’s could there be?!  Jen dug a little deeper and translated a few google posts.  She discovered that the restaurant is in fact, in the woods.  So we were right when we were in the woods???  We tried that route again and hit a dirt path that looked to be traveled only by horses.  As frustrated as you are reading this, you can imagine our displeasure.  We’d had enough… time to throw in the towel. END_OF_DOCUMENT_TOKEN_TO_BE_REPLACED

What a wonderful tradition happy hour is!  A time when friends can gather and join in a few post-work drinks and perhaps a little nibble to eat.  We’ve always known happy hour to be a 5:00pm – 7:00pm (ish) time to partake in a few cocktails at a discounted price.

We were pleased to find that the tradition of “happy hour” also exists in Italy and it’s even called the same thing (just imagine saying it with a funny little accent… drop the sound the “h” makes).  However, it’s a bit different here.

Instead of discounted drinks and food, you usually pay the same price for the drinks (which always tends to be low anyways… between $4 – $6) but get a big bonus.  ALL YOU CAN EAT heavy hors d’oeuvres – Italian style!!!  Imagine a bar full of pasta, pizza and other wonderful treats.  If you’re not to embarrassed to fill a plate – you can easily have enough for dinner. END_OF_DOCUMENT_TOKEN_TO_BE_REPLACED

Every Tuesday, Thursday and Saturday there is a market on the north side of Como.  It exists just outside the old fort wall that surrounds the original city.  There is a collection of over a hundred vendors, most which arrive in their vans and vend from open doors.

We strolled through and decided there was nothing we needed before moving on to a late afternoon snack (more on that in a subsequent post).  Below you’ll see a collection of the random items you can purchase if you so choose. END_OF_DOCUMENT_TOKEN_TO_BE_REPLACED