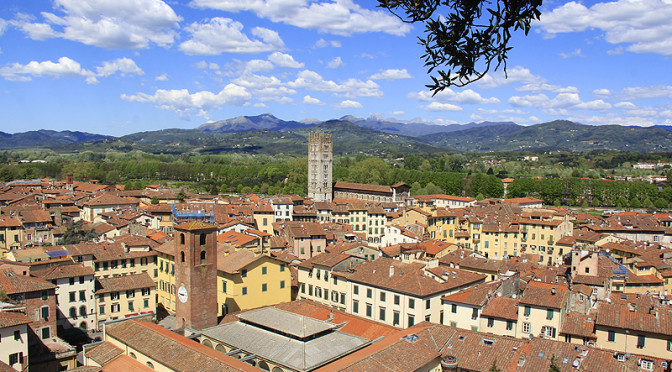 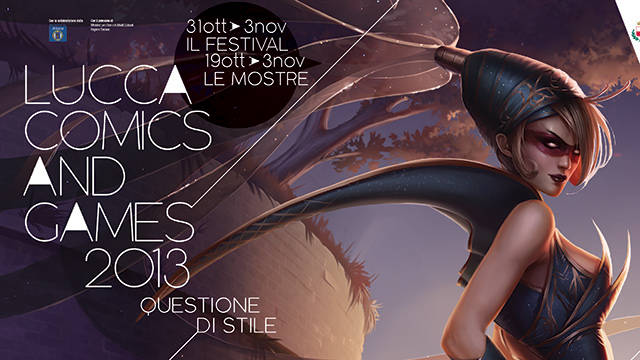 For those of us that don’t have any desire to put on a Superman costume (yes, I’m just enough of a geek to know the term cosplay), there is more than enough to do in Lucca, which I will detail below.  Thanks very much to some free press bestowed on me by Italia Living, I have recently picked up a few new readers (benvenuto a Sipping Espresso)  and so I’m going to treat this post a little differently than in the past. As opposed to running through our little vacation part by part, instead I will opt to go a bit more “mainstream” and simply highlight the featured attractions of the city.  Of course, I haven’t boiled it down to a “Top 10 Things To Do In Lucca” just yet.  I like to hear myself talk far too much!

During Medieval and Roman times, it was quite common to fortify entire cities behind massive protective walls.  Today, Lucca is a preeminent example of such fortification and one of the few cities left in Italy with her ancient walls fully intact.  It is a wonderful experience to drive your car through the same gate that was quite possibly used by Julius Caesar himself.  Of course, in this scenario,  I’m simply the chauffeur and my own little Julia is the royalty riding in the back of the chariot.  Even though I can’t positively date the existing walls as far back as Caesar, I can place him in Lucca for the well documented Lucca Conference, along with Pompey and Crassus in 56 BC.  The origin of the city itself date back as far as 180 BC.  Eventually Lucca rose in importance to the Roman empire and achieved immense wealth and status in the 11th century, thanks to the silk trade.  The result of this wealth is evident today; the city is very well maintained. Nearly every street features an ancient church boasting a façade clad with expensive marble.  Well designed piazzas are now the gathering places for tourists, street performers and restauranteurs.  Streets lined with charming shops and wonderful cafes full of patrons keep the vibe of the city humming well into the night.

Our reason for being in Lucca was to visit our good friend, Beth (although here she goes by, Elizabeth which is better understood in Italian). We had an amazing time when we stayed at her home in Tuscany last year, which I wrote about HERE and HERE.  She hosted us once again, but this time it was in the Bed & Breakfast she recently purchased, Le Violette.  The place matches her personality perfectly; warm and inviting with an extra pinch of charm.  I’ll write a full review of her B&B in an upcoming post.  After we unloaded our bags in the room, Beth started our tour of the city beginning with the walls, which were widened centuries ago.  In fact, not that long ago they used the walls for racing cars.  Today, they are purely pedestrian.

We hopped off the walls and strolled through the city, enjoying Lucca as only a pedestrian can.

Most Italian cities feature outdoor markets one-two times a week. We made our way to one of the fabulous Lucca mercato (market), which is held every Wednesday and Saturday.

While in Lucca, you will want to position yourself in a vantage point that will command a view of the entire city, valley and mountains. You can choose to scale the Torre delle Ore (Clock Tower) or the Torre Guinigi (Guinigi Tower).  We opted for the later, because it is the only tower in the city that has trees planted on top.  But the ascent is not for the faint of heart; it’s a steep 230 steps until you get to the top. Compared to other similar towers, I found the €6 entry fee a bit steep, considering you don’t get anything other than the view (many similar sites also feature other historical items – this was purely just the tower).  I quickly reversed my position on the fee when I actually took in the view.  Breathtaking might be an appropriate word to describe the panorama.

You will certainly want to pay a visit the Piazza dell’Anfiteatro, a Roman amphitheater that has been reconstructed into a piazza compete with charming shops and cafes.  We sat and enjoyed a few drinks while Julia enjoyed running around with Beth’s son, Indi.

Of course, no trip to Lucca would be complete without a visit to the Piazza San Michele and a tour through the Chiesa di San Michele in Foro.

I hope you enjoyed our tour through Lucca together and consider adding it as your next Italian destination.  Below are a couple more pictures to temp you even further…

3 thoughts on ““Lucca Over Here… This Tuscan Town is Amazing”!”