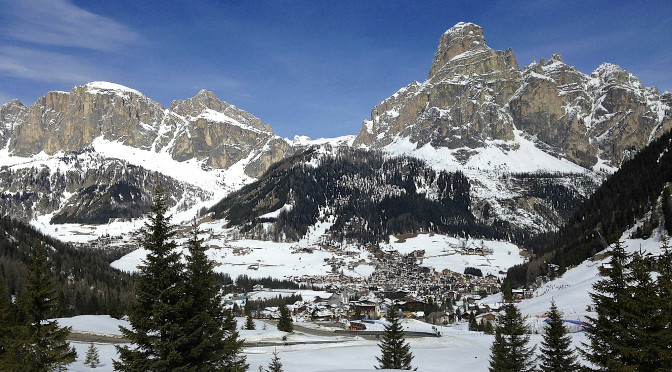 When you are young, the world is your oyster.  You can do anything… be anything.  Many kids have grand plans to become a cowboy or a princess or even travel through space and time.  Most kid’s plans become a little bit more grounded in “this” world as they get a little older.  But that doesn’t mean they can’t still be grand.  I specifically remember sitting in my seventh grade Spanish class, penning a list of activities that I absolutely had to do in my lifetime.  This list included activities such as climbing Mount Everest, sky diving and hang-gliding, running with the bulls in Pamplona and skiing the Swiss Alps.  I think even then, I knew that I would be lucky to complete more than a handful of the activities.  The one activity that persisted most in my mind was skiing the Swiss Alps. All throughout high school and college, my friends and I spoke of the day we would make this dream a reality.  But after a decade and a half of dreaming, I started to believe that was all it would ever be. Sometimes the real world (jobs, kids, schedules, finances) just get in the way.

That’s why I was giddy when our friends Matt and Lindsey told us they would be visiting us for New Years.  Matt and I devised a plan to go skiing for a couple days while they were here.  Matt was tasked with the job of picking a mountain, a job which he took very seriously.  With the precision of a surgeon, he dissected the various pros and cons of Europe’s best mountains before narrowing it down to two famous ski locations;  Chamonix, France (with Mont Blanc) and Zermatt, Switzerland (with the Matterhorn).  We went back and forth for over a week, analyzing the choice ad nauseam. Our analytical brains lead us toward Chamonix for practical reasons such as cost, proximity to Como and hotel availability.  I wrote Matt a final email confirming that it was the correct choice “even though skiing the Swiss Alps would have been cool.”  Matt surprised me by writing back and telling me that he booked the hotel in Zermatt because my email only confirmed that the emotional part of his brain beat out the analytical part – a decision that I was happy with!

We were all set to depart after lunch on New Years Day.  I carefully wound the car along the windy and snowy roads, zigzagging our way through the Swiss Alps before coming upon Zermatt.  It was at this point in time Matt decided to inform me that we would have to park the car in a nearby town and take a train in to Zermatt.  You see, Zermatt is a town like no other.  The streets are made of snow and no outside vehicles are allowed.  The town is truly a winter wonderland; high-end shops and expensive restaurants frame the main streets, while charming gingerbread houses line the side streets.  We found our hotel, Hotel Blauherd set in a part of town reserved for hotels that fit in perfectly with my vision of an ideal ski town.

Upon checking in, we set out to eat dinner and discovered something along the way.  Zermatt is EXPENSIVE!  We knew this going in, but I don’t think any of us were quite prepared for just how expensive it really is.  For example – we found a place that looked great and so we glanced at the menu.  One item in particular stood out – a lamb burger for Fr39 ($43).  I’m sorry, but if it has “burger” in the title – I have a hard time paying over $40.  Eventually, a problem more pressing than cost presented itself.  Availability was the buzz word that became our stumbling block.  Every single restaurant was at maximum capacity and we were turned away half a dozen times.  We finally found a place that would seat us, a Mexican restaurant that only had one remaining table.  Mexican food in a ski town in Europe may seem like a strange choice, but Jen and I were actually excited because it had been over a year since we’d dipped our last nacho.  The service was awful, but the food was pretty darn good!  And yes, even the Mexican food was outrageously priced ($45 for a single portion of fajitas seemed a bit steep to me).

The next morning I was up early and dressed in my ski gear.  Matt, Lindsey and I had agreed to hit the mountain just after they opened the lifts.  I ate breakfast.  I looked at the trail map.  I “read” German ski magazines.  And I sweated.  Then I sweated some more (ski gear is hot when you wear it inside).  Finally, Matt and Lindsey came down to breakfast.  Then I waited some more.  And some more.  Eventually, we made our way to the mountain.  It turns out a later departure wasn’t such a bad thing after all.  Skiing Zermatt is tough work and our legs were wiped out by the end of our day. The skiing was indisputably the best any of us had ever experienced.  After a brief lunch at the top of the mountain, the skies cleared up (we had been shrouded in a dense white cloud prior to lunch) and the Matterhorn appeared before us.  I was left speechless.  We quickly hoped back on our planks to enjoy the rest of our day.

Jen doesn’t ski much and the elevation would have been too high for Julia, so they stayed in the town.  While we enjoying ourselves on the mountain, Jen and Julia were having fun walking around Zermatt.  They poked in shops, took in a nice lunch and played in a snow covered playground.

As the sun was setting on the mountain’s final runs, we made our way to Zermatt’s most famous après-ski  place, Hennu Stall.  Après-ski (literally, after skiing) is the act of getting drinks and socializing after a day spent skiing.  Europe’s mountains host some of the best après-ski destinations in the world and Zermatt is no exception.  We all promised Jen that we wouldn’t be too late for dinner, but we found ourselves among the last patrons left on the mountain.  It is important that you don’t stay too late or drink too much at après-ski, regardless of whether or not you have a wife waiting at the base of the mountain.  Once the sun sets, the temperature plummets and you still need to have enough wits about you to ski the remaining way down the mountain.  We barely escaped before both the temperature and the booze created a problem for us.

When we regrouped at the hotel, we all got ready for a nice dinner in town.  Our group of five strolled along the streets with a very specific plan.  We wanted to find a restaurant where we could enjoy something Zermatt is well known for – their fondue!  We were worried that max-occupancy would once again be the theme of the night, but Matt became the hero of the group at our first stop. His ability to speak German got us the last table in a charming little restaurant.  We eagerly dove into our pot of fondue and reveled in cheesy delight.  The fondue set the stage perfectly for the rest of a wonderful meal and Matt and Lindsey surprised us by treating us to this memorable Zermatt meal.

On the second day, Jen rented a sled for Julia and they spent the day taking turns riding and pulling. For some strange reason Julia seemed to be more interested in pushing and pulling her sled than riding in it.  Jen kept commenting to her that she was the only kid in the town pulling her own sled, as opposed to riding in it.  It certainly slowed down their progress, which was just fine because we were busy shredding up the mountain on a glorious, clear day.

We closed on our final runs of the day and eventually made our way back the car.  All of us could not believe how amazing our little vacation had been – the town was perfect and the skiing was amazing.  On the car ride home, we talked about our favorite runs until Jen was sick of hearing about them.  As we pulled back into Como, I smiled to myself.  I had done it.  I checked a major item off my bucket list.  I skied the Swiss Alps!  Now having been refueled, recharged, reenergized and reminded of that once forgotten list… I’ve decided I need to check a few more of those “completed” boxes!  Who knows what’s next…  I’m definitely thinking “the running of the bulls”- Olé!!

Video Recap of Skiing Zermatt
The Christmas Markets of Switzerland

2 thoughts on “A Lifelong Dream, Realized At Last!”