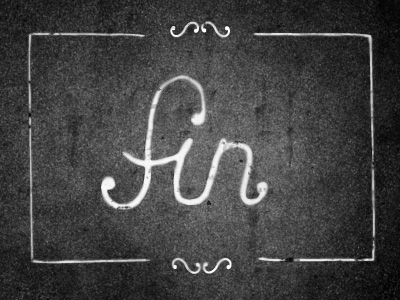 Michel owns a charming bistro in Northern California (Bistro des Copains) that has not only increased his knowledge of Californian and French wines, but also given him a unique “in” to the local wine producers surrounding his village.  It’s one thing to call and set up a tasting, and another thing entirely to call and set up a tasting because “I might decide to purchase your wine for my restaurant”.  Ladies and gentlemen, feel free to unroll your red carpets now!

Michel did a wonderful job selecting three wineries to visit, ranging in size of production, type of wine produced and varying ambiance for our tastings.  We started the tour at, Domaine Catherine Le Goeuil  in Cairanne, a short ride from Michel and Shirley’s home.  Catherine had set up a tasting for us in the production facility next to her home.  Since I could not possibly tell Catherine’s story better than she could, I have copied her brief biography about the wine she produces from Kermit Lynch’s wine merchant website.

Catherine Le Goeuil’s taste for adventure has made her a leading pioneer in Cairanne. Having been born in the Congo to French parents, she had already lived in interesting places, but she longed to return to her roots. In 1993, with little experience and great determination, she and her family bought a six-hectare domaine. Soon after implementing one of their first chemical treatments on the vines, Catherine became very ill. The viticultural direction for the domaine became instantly clear. In her mind, farming as naturally as possible was the only way to go. Over time, she started the conversion to organic farming, and is now fully certified in this methodology. In a village just shy of one thousand inhabitants and only two others who farm organically nearby, her decisions have been met with suspicion and trepidation. Though rooted to the place both figuratively and literally, she is still considered an outsider—not that she lets this dilute her conviction in any way.

Next, we ventured to Domaine la Soumade, a winery founded in 1979 by André Roméro (website).  We slowly worked our way through a flight of Rasteau before selecting which bottles to purchase (or in Michel’s case, which cases to purchase).

After lunch, we pointed the car toward the much anticipated village of Châteauneuf-du-Pape.  If you’re no more than a casual drinker of French wine (like me), than you may be questioning that statement.  “I thought Châteauneuf-du-Pape was a grape, or a style of wine, or (what I thought) a region?”  Certainly, a wine as noted around the world as Châteauneuf-du-Pape couldn’t simply take the name of a small village with fewer than 1,000 inhabitants…could it?

The central concept to higher end French wine is the notion of terroir, the location where the grapes are grown and wine is made.  The Appellation d’Origine Contrôlée (AOC) classification system uses this concept of terroir when classifying French wine.  It is this rigorous classification issued by the government agency that ultimately determines (in part) how your wine bottle reads.  The history of the AOC dates all the way back to 1411, when Roquefort (yes, the cheese) was first regulated.  It wasn’t until 1935 that the Institut National des Appellations d’Origine (INAO) was created exclusively to manage the process for wines.

I learned that as you drink wines across France- the labeling practices are different and take on their own set of rules depending on which region the wine was made in and what level of classification the wine carries. The minimum information a label will carry is usually the classification and the name of the producer.  Michel explained to us that in the Côté du Rhône region the ranking of a wine’s quality is fairly easy to determine, starting with Côté du Rhône (the generic label), then Côté du Rhône-Villages (which includes 95 communes), next moving on to Côté du Rhône-Villages (named village) (where the village has earned the right to include its name on the label) and finally the highest class-action, Crus (the most demanding level of distinction, upon which the village will use only its name on the label, without needing to include Côté du Rhône).  There are only 16 communes that have achieved this high level of distinction.  The wines of Châteauneuf-du-Pape have been awarded this high level of crus status and therefore, only use the name of the village on the label.

After drinking the spectacular wines of Clos du Mont-Olivet, we toured the proprietors private cellar.  It was jaw-dropping indeed to see bottles of wine that were worthy of serving royalty, reaching values too astronomical for me to fathom.  It also made my draw drop to see Julia running wild in said-cellar and I had to put my camera down to chase her on more than one occasion.  I don’t think stomping grapes the rest of my life to repay the debt of a single broken bottle would have been a wise notion.  The estate is managed by David, the third generation in a line of winemakers of the Séraphin family.  A kind and gentle man, he was happy to take time to explain his wine, show off his cellar, extol a few interesting anecdotes and allow us to take tons of pictures.  David told us that the current spring (when the grapes begin to grow) was the coldest on record since 1887 and that winemakers all over the region were nervous of the outcome.  If the outcome was anything like the wines we drank all day – they’ll be just fine!

When we left Clos du Mont-Olivet we spent some time touring the village of Châteauneuf-du-Pape, which is as firmly intertwined with papal history as it is wine.  In 1308, Pope Clement V relocated the papacy to the city of Avignon.  My buddy Clement V and his subsequent “Avignon Popes” were rumored to be great lovers and promotors of wine during the seventy-year duration of the Avignon Papacy.  John XXII (who came second) is responsible for erecting the famous castle that still stands today, known as the “Popes Castle”.

Next, we drove to some of the vineyards, which we were surprised to learn were covered in rocks.  Michel explained that these are naturally occurring and even when the farmers rake all the rocks, they simply re-surface again over time.  Of course, everyone embraces the rocks and think its what gives Châteauneuf-du-Pape it’s unique terroir.

On our final day in France, we visited the Pont du Gard, an ancient Roman aqueduct bridge that crosses the Gardon River.  The site is simply stunning to behold, and the UNESCO World Heritage Centre agreed, adding it to their list of World Heritage Sites in 1985 because of it’s historical importance.

Finally, we ended our day in Vaison-la-Romaine, a village that showcases an interesting historic perspective.  Not only is the historic section separated into two parts, it is divided in two distinct ways.  On the high side of the dividing river, Ouvèze you have Medieval ruins including a castle.  On the lower side, centered on the Colline de la Villasse, you have the largest filed of Roman ruins in France.  It’s quite stunning to take it all in.

I hope you enjoyed your tour through France with us (both historical and culinary) as much as we did.  Stay tuned as we return back to Italy and stay busy while Jen’s family comes to stay a month.

Keeping It In The Family
And I Thought Italians Eat Big Meals!

One thought on “Fin”