We made a discovery recently about Italians that contradicted an earlier belief of ours.  So it got us thinking… what other misconceptions do many Americans have about Italians?  Let’s dig a little deeper and see what we discover.  This is a collection of observations we’ve made since we’ve been here and we will likely have additions over time (and possibly corrections). 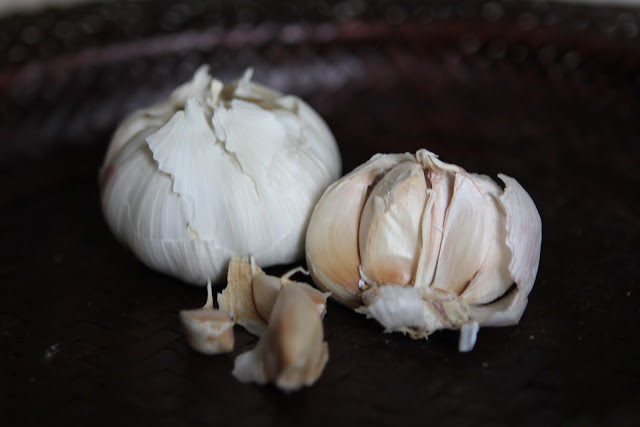 While garlic is prevalent in many dishes, like most other things… they prefer it in moderation.  In fact, what appears to us like a little amount of garlic in a dish is probably already far too much.  Interesting Italian tidbit – eating raw garlic is good for you, but cooked garlic has no impact.  Vampires beware, I’ve been gulping the stuff! 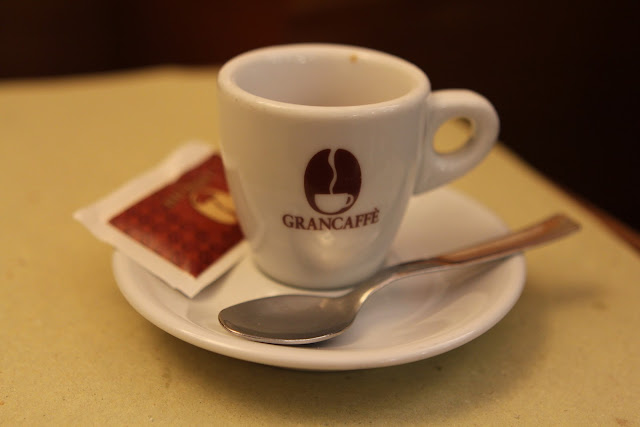 Given the name of this blog, you most likely have already surmised that coffee is enjoyed several times throughout the day.  However, the experience is very different than the US.  Instead of going to any Starbucks in the morning and ordering a 20 oz coffee that you’ll guzzle in your car on the way to work, Italians prefer several small cups of espresso throughout the day.  Sometimes with milk (con latte or a machiatto), sometimes very small (corto) and occasionally a bit bigger (lungo) – but always in an espresso cup and never “to go”.  An enjoyable custom is visiting various “bars” throughout the day, ordering your coffee, chatting with your friends, plunking down your €1 and heading out only to return a few hours later.  CAREFUL – one of us (and it wasn’t your author) learned a couple years ago that you NEVER order a cappuccino after a meal.

Perhaps not two hours exactly, but pranzo (lunch) is an event that is not to be missed or rushed.  In most households, pranzo is the most important meal of the deal – a wonderful moment to spend time with family.  You’ll find most shops close around 12:00 and don’t re-open until after 2:00 in order to allow shopkeepers and workers time to make it home and eat.  Many households will regularly serve pasta as a prima (first course), sometimes followed by a secondo (second course of fish or meat) and usually rounded out by a salad at the end.  Of course, wonderful bread and cheese are present and many households will happily open a nice bottle of vino (wine) and finish with caffè (coffee).  With a younger generation and big box stores ushering in new norms, pranzo may not have as much emphasis as it did in the past – but the act of eating an enjoyable lunch will always have a place in Italian culture.

*We have the benefit of wonderful cooks both upstairs and in our own home – we have enjoyed many wonderful two-hour lunches ourselves; even though my waist line isn’t too appreciative.  Future posts on Claudia and Jen’s delicious cooking to come.

FACT OR FICTION – “SPAGHETTI AND MEATBALLS” IS ALWAYS ON THE MENU?

While pasta is very common (and spaghetti, a type of noodle is one of the most popular varities) – polpette (meatballs) are never served on top of spaghetti and oozing with marinara.  In fact, the only time we’ve ever had polpette was a second meat course and they tasted very different than what we’re accustomed to. 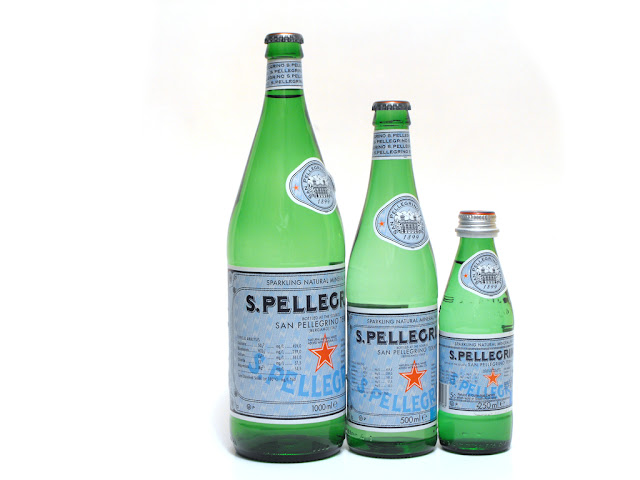 This was something Jen and I assumed, not necessarily something that is commonly thought of.  Every time we have gone out to eat in the states with Italians, we order aqua frizzante (sparkling water) and 9 times out of 10 they would deliver San Pellegrino to the table.  Given Jen’s Italian upbringing, we actually became quite accustomed to stocking the delicious “bubbly stuff” in our own home (thank you Costco for selling cases).  So, naturally we assumed that the big player in the US market would dominate on their own turf.  But the truth is – we haven’t seen a single bottle!  Not at a restaurant, not at a friends home, not at the supermarket.  It’s like they bottle almost exclusively for export!  Don’t get me wrong… there is a bottle of frizzante at every table we’ve graced – just not San Pellegrino.

Interestingly enough, Illy and Lavazza (the two espresso brands most dominant in the US) are not only very prevalent in Italy – they are regarded as the best quality.

FACT OR FICTION – ITALIAN SUBS ARE BETTER IN ITALY?! 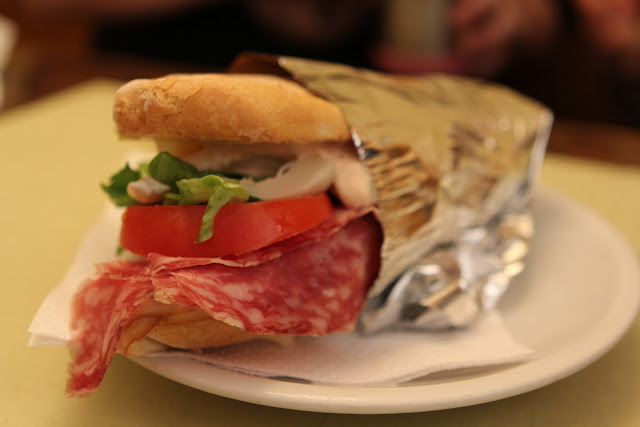 Well, this just seems like common sense.  We’re in the mecca for the cured meats, wonderful cheeses and incredible bread that could make the world’s greatest submarine sandwich.  We have access to carefully aged vinegar and the most delicious olive oil.  The lettuce and tomatoes… well, OK – they’re pretty much the same.  So, of course they should put them all together and give it the namesake of their own country, right?

I dare you to go into any restaurant and order an “Italian Sub”.  You’ll get a look like you have three heads, because for some strange reason twelve inches of layer after layer of mixed meats, cheese, vegetables and oil smashed into a piece of bread doesn’t sound appealing to them at all.  Weird – I’m getting hungry just typing!

Italians prefer to keep most things separate, so that they can taste each item.  Sure, they have sandwiches (post on our sandwich adventure), but not of the “sub-sandwich” kind.  In fact the place we went in Milano is quite rare.  Most places simply put one type of meat on bread (salami or prosciutto or prosciutto cotto) sometimes accompanied by cheese and maybe some arugula.

Sorry Jared – we have no use for you here.

FACT OR FICTION – ITALIANS ARE VERY LOUD…YOU CAN HEAR THEM A GREAT WAYS AWAY?!

I feel as though I am credible to be able to write about this, as I have known a great many Italians over the years and been privy to many, many conversations.  As it’s been explained to me… they’re not loud – they’re passionate!  And they’re not always passionate – only when topics of conversation requires it.  Like politics or religion…. or what to cook for lunch, or who’s right or wrong, or what the temperature is, or if the sky is actually blue, or if breathing is important, or whether the neighbors can hear them.  That sort of thing.

Well, we hope you had as much fun learning about what’s Fact and what’s Fiction in this great country as we did creating the list.  We’re hoping to learn a lot more so we can continue to add to the list.

5 thoughts on “Fact or Fiction?”